from Hat Trick by Frosty The Showman 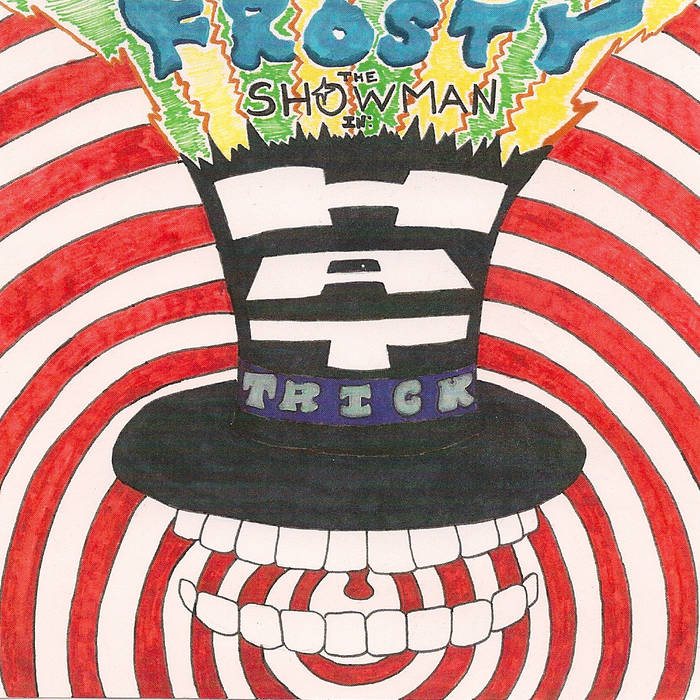 This was commissioned by a fine gentleman from the internet, via my mythblog: bettermyths.blogspot.com

Oedipus unedited, I think I need a sedative
Hereditary fairy fucked the shit out of his relatives
The fella did, did in his dad, and then bedded his
Mother, none other, yall shocked when ya redded this
You might wanna listen to a better myth instead a this
muderous lecherous platinum medalist
But if you’re still spinnin this I guess that you accept the risk
I’m not taking credit for the fetidness, get at this:
We meet the dude in Cadmus, a land beset with sadness,
Beholden to the madness of a sphinx, Eddy outthinks
And riddles it with stab wounds, a bad moon is rising
When he rises to the throne, (the king is missing, that’s surprising!)
Enterprising young man that he is, he gets hitched
To the queen, name a Jocasta, amassed riches
Which is not to say the two weren’t perfect for each other
I mean, besides the fact she’s old enough to be his mother.
But Cadmus isn’t well, it’s like doomed, in a rut
Constant gloom overcast on the women with their wombs sewed shut

Let that blind hermaphrodite with the visions so tight
Shed some light on the subject
Tiresias is like okay, but you gotta be objective
Since I expect it is likely
That when I tell your future you ain’t really gonna like me
“Why,” says Oedipus, “Did you cause the plague just to spite me?”
Not quite, see…

Tirese says the crops won’t do what they ought
because the late king’s killer has yet to be caught
and that the current king’s currently the killer they sought
Oedipus is like kid, are you try’na get shot?
He says I’m not, but you gotta face facts, no take-backs
I drop veracious prophecies so heavy they break backs
The fate smacks keep coming, the killer is none other
Than his kids’ father and brother, son and husband to his mother
I’m out
And there’s doubt comin’ out the king’s ears
He hasn’t even seen his parents for a number of years
And Jocasta starts laughing “this prophecy’s egregious!
He’s full of more shit than the stables of Augeus
Look I mean this, oracles are known for their meanness
See, back when I was ridin king Lais’s penis
I seen dis, they dissed him with this mystical shit
Said you’re son’ll be your death, but he resisted a fit
shipped his kid to a mountan top and left him for dead
And was ransacked in Thebes by some bandits instead!
Oh! See that shit was allegorical
Got pity for the fool placin’ trust in an oracle
But all that oratorical is lost on our hero
Cuz HE did some killing in Thebes the other year so
He’s Worrying he IS the dude that murdered the king
And what does he do? Well there’s only one thing
And that’s forget all about it, but forget that
He calls a witness to the massacre though soon he will regret that

Some necessary backstory, fore we progress
See Eddy kinda came to Cadmus under duress
An oracle in Corinth which his parents posess
Said “You’re gonna fuck your-“ fuck this,I bet you can guess
So when a message comes from Corinth to the court of our cast
That says our hero’s father Polybus has finally passed
He’s like AT LAST! Now I can’t kill my dad cause he’s dead
I can focus on avoiding mom’s vagina instead!
What’s that you said? Says the messenger incredulously
Contradicting information Oedipus has fed to us
He says I was a shepherd who a sheperd accosted
Like hey I found this baby, get this fucker adopted
So I dropped YOU in Corinth this should make it apparent
Your care takers in Corinth were not really your birth parents
And this is the worst scare Oedipus has ever had
If those weren’t his parents, who the fuck is his dad?
Well the answer is clear to Jocasta at least
And she asks him to please just cancel his meeting
With the other sheperd, who to make matters worse
Is the witness he called at the end of last verse
But Eddy’s like I got go after the truth
Speak fast, second shepherd, lemme ask you for proof
And the man is aloof, but at last no excuse,
Says Jocasta’s your mom, you’re a bastard forsooth

Oh Oedipus, your world is melting like the waxy wings of deadalus
And your biography does nothing but unsettle us

How did you trip into this sinfest
When all yall was tryin’ to do was avoid incest?

The shepherd got a baby with it’s feet nailed together
Was supposed to leave it out to get devoured by the weather
The baby came from Laius who was worried it would kill him
And suddenly our hero Oedipus becomes the villain
Unwilling to face the disgrace of her actions
Jocasta wraps a rope round her neck til it snaps
Eddy happens upon her dead body as she dies
Grabs the pins from her dress, pins the tears to his eyes
At this stage the curtain descends and the choral
Contingent come and visit to deliver a moral
Consider no man fortunate until he is dead
Or maybe just stop utilizing prophets instead

Bandcamp Daily  your guide to the world of Bandcamp

Interviews With Butcher Brown and Slauson Malone, plus LP of the week by SAULT.